Menu
Home » About Me 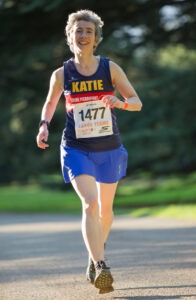 My reason for starting this blog was that I wanted to share and give value to the stories of older female runners. Having turned 50, I was aware that I had reached an age where women are less valued by society and can seem to become invisible. They are generally not expected to be physically active, and active older women rarely appear in the media. When they do, the narrative often focuses on them as exceptions to the rule and casts them as “supergrans”. Exceptional stories can alienate us, as we may feel that we can never aspire to the same level of achievement. I believe that “ordinary” stories hold just as much value and we can learn just as much, if not more, from them.

I’ve conducted face to face interviews with six women, aged 50 to 70-plus, with different running biographies and motivations. This blog started as an informal research project and I have analysed the first four interviews, looking at how the women became involved in long-distance running. I’ve also looked at data on sports participation across age groups. I really enjoy spending time on research and looking at lots of different sources of information for my writing.

As time has gone on, I’ve become more and more interested in the history of women’s endurance running, and the campaign for women to be allowed to run marathons. I’ve written about pioneering marathon runners Joyce Smith, Kathrine Switzer and Jacqueline Hansen, and about Diane Leather, the first woman to run a mile in under 5 minutes. I believe that it is important to share these stories from the past. Stories which show what women achieved in the face of limited opportunities and prejudice. Stories that built the foundations for women’s sport today. We should not allow the prejudice of the time to make them invisible to us now. 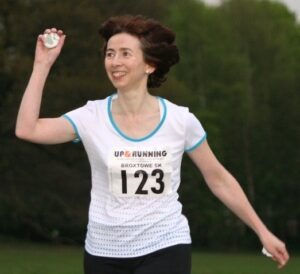 My running story
I started running in 2011, aged 47, to raise funds for the charity where I was a trustee.  I had promised I would run a leg in the Robin Hood Marathon relay.  Once I had said I would do it I had to carry it through and by the time I’d done the training for the event seven months later I was hooked on running.  That five mile relay leg felt like a huge achievement and it was great fun! I enjoy running and racing and that motivates me to continue.  I celebrated my 50th birthday in 2013 with the feeling that running was making me younger as I am fitter now than I was at 40.

Since I started this blog in 2014 I’ve done several things that I never thought I would, including competing in cross country races, track races and a 24-hour running event. I’ve found lots of new paths and places to run and become part of a running community, through my club and my local parkrun. Like many other people who take up a sport in middle age, I’ve been surprised by what I can achieve and I’m looking forward to what comes next.

Video interview with Tony Pallotta, Runners Connect, included in an article: What does it means to become a masters athlete?, October 2017

Articles on other sites