Nikki Love is a 50-year old runner from Nottingham who loves adventure. Her motto is “chasing extraordinary” and this encapsulates her drive to set herself challenging goals, and her desire to encourage others to become active and discover their own physical and mental strength. Her latest challenge is to set a new female world record for the most consecutive marathon-distance runs. 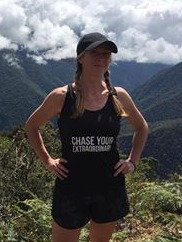 Starting on Sunday 27th August 2017 Nikki plans to run a marathon distance on 63 consecutive days starting in John O’Groats in Scotland, travelling the length of Britain to Lands End and then back to Leicester. This will add up to 1651 miles.

I was introduced to Nikki at Colwick parkrun on 19th August. I was impressed by her energy and enthusiasm, and intrigued to find out more about her motivation for undertaking this challenge. Nikki kindly agreed to be interviewed in the week leading up to the start of her challenge.

Nikki was born in England and moved to Australia as a small child. She moved back to the UK in her thirties and now lives in Nottingham.

When did you start running?

As a teenager at high school I ran in some cross country races and found that I quite liked getting sweaty and a little bit dirty. But my focus from four to sixteen was ballet. I wanted to be a ballerina, but I was told I was too big, so I started running to lose weight. I went out for runs with my Dad. Eventually I realized that I was trying to fit into a shape that I wasn’t ever going to be.

Did you carry on running after school?

Yes. I became an aerobics instructor but running was still a secondary activity, as it had been to ballet. I was an aerobics instructor who ran to keep my body in shape. Then in my twenties I backpacked around the world and running was the main way that I explored the places I visited. It was a whole new adventure: I could go anywhere and do anything. It was at this point that running became my sport. I loved the freedom and adventure of running off road. And I realised that it was the physicality of ballet, the running, bouncing and jumping, that I had enjoyed the most. But it took me a long time to recognise that.

The discipline, technique and posture I had learned through ballet gave me a very good base for being a runner. It focuses so much on core strength.

I see my strength and determination as my main skills as a runner.

How did your running develop from there?

In my mid-twenties, I broke my leg and, as part of my recovery, swimming was recommended. I ended up doing quite a few triathlons. That was back in the 1990s when they weren’t as popular as they are now. I was planning to do an Ironman. Then, in 1999, I moved to England without my bike. I lived in Nottingham and used running as a way of getting to know the city.

When was your first marathon?

The Nottingham marathon was my first in 2001. It was six months after I’d given birth to my son and I hadn’t trained for it but I still had a good level of fitness from before the birth. I got to mile 19 and had nothing left so I had to pull out.

Did you join a running club?

No, but I set up a running group for women. I became a Run Leader for the Women’s Running Network. As a sports massage therapist, I work with lots of clubs, and I prefer to remain independent. I also work with both individuals and groups as a coach and trainer. I like to encourage runners to be adventurous, so even with my beginners’ groups I have got them running in fields and on trails, rather than just on roads.

I have been coached in the past but I have a high level of internal motivation. I have an internal voice which acts as my coach, telling me to get out and do that run.

When was your next marathon?

I got a place in London in 2002 and finished, and then I ran it again in 2004. When I got a place again in 2010, I decided to set myself more of a challenge by running 7 marathons on 7 consecutive days. I ran marathon distances in six locations around Leicester, where I was living at the time, and then ran London the next day.

After that I decided to step up to ultrarunning and I ran my first ultramarathon in 2013, the GrimReaper 40-mile race.

I was doing more and more sports massage for runners and they were telling me about their running. I got the idea to do something more adventurous. I always take a big step up when I set myself a challenge. In June 2016, I did the Jungle Ultra in Peru, covering 230km in 5 days. It’s a self-sufficient race. That means you have to carry all your food, first aid and equipment, including a hammock tent. It was an extreme, insane event. 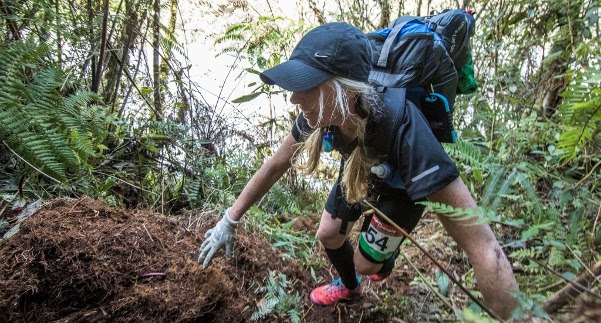 Nikki competing in the Jungle Ultra race in Peru

When did you start thinking about the 63in63 world record challenge?

I already had it in mind before I went to the jungle. I’d already looked at the world record for consecutive marathons and it was 53 at the time.

When I feel scared by a challenge, for example going to the jungle, I look at the next hardest thing above it and that makes the challenge I’m trying to do seem less scary.

Then, on my first training run after the getting back from the Jungle Ultra, I broke my leg. It was in a cast at first. Then I had four weeks of walking. I had to start running again from zero, slowly getting up to 5k and then building the distance. I was advised it would take a year to heal completely.

What are your hopes for the challenge?

I plan to run each marathon in 5k chunks with a stop to stretch and eat. I’ll only stop for 2 minutes. This is what I’ve been doing in training.

I use writing and visualization to motivate me. I use self-coaching to constantly remind myself of the “whys”: the reasons why I’m doing this.

I’ve experienced quite a lot of difficulties when running: pain, breaking my leg, surviving in the jungle. Those experiences mean I’m well prepared for it to be hard.

I believe I can do it. Each challenge I do is also a learning experience for the next one. It’s about being the best I can every day and being proud. 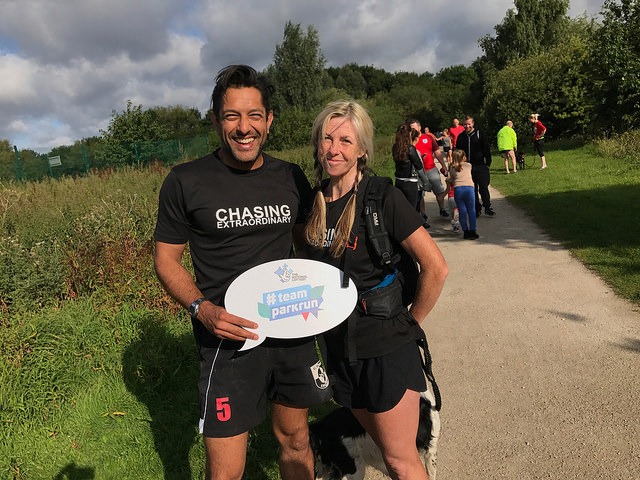 You are very conscious of the impact of what you are doing, and you want to encourage other people.

Yes, I want to encourage other people to be active and to achieve their “extraordinary”, whatever that is for them. When I ran my first road race at seventeen, running 10k was my extraordinary achievement at the time. I didn’t know I could do it. When I coach other people, I see them get so much self-belief and such a sense of accomplishment from achieving their goals and saying “Wow! I did that!”

I’m an ordinary runner, I’m not fast. I work full-time, I’m a parent, and I have other responsibilities. Running has to fit in with all of that. Some days I might not run at all or only have time to run 5k, another day I might run 40k.

Mimi Anderson inspires me and I would love to be at her level, but I’m not comparing myself to her. I am doing this for myself, for my own achievement. Running reminds me how strong and powerful I am.

These are Nikki’s “whys” – her reasons for undertaking this challenge:

I don’t want to reach the age of 70 and say ‘I wish I had’.
I am going to hit that milestone and say:

My goal is to encourage and inspire others to Think BIG, Then DO, by showing the way and sharing my experience.

You can see Nikki’s planned marathons and register to run with her via her website: www.63in63.com

The current Guinness world record for the most consecutive days to run a marathon distance is 60 days. It was set in 2015 by Alice Burch, a 35-year old from Hampshire. (Sources: Guinness World Records website and Southern Daily Echo website, 23rd November 2016)

Find out more about Mimi Anderson on my blog list.