Today (18th October) is World Menopause Day. I’ve spent quite a bit of time on Twitter participating in an awareness raising campaign organised by Henpicked, a network for women over 40, using the hashtag #HotFlashMob.

It’s probably the first time I’ve used the words “menopause” and “perimenopausal” on social media. It  has led me to think that it’s time to talk a bit more openly about “the change”.

This challenges me in two ways: firstly my blog is not really meant to be about me; and secondly I have to admit that I feel uncomfortable about talking about the menopause.

Before I started to interview women runners over 50, I drew up the research questions that I hope to answer through the interviews:

The four women I’ve interviewed this year have all been happy to talk about their experience of the menopause, but I’ve not published those parts of the interviews. I find myself caught in a contradictory position – wanting to publish women’s stories and at the same time reluctant to share one of the things I want to find out.

Menopause (like menstruation) is a taboo topic, and more likely to be the subject of jokes than open discussion. There is a negative narrative in our culture about menopausal women and this is further compounded by the negative narratives about ageing which apply to both men and women. In her study of runners in later life, Emmanuelle Tulle discusses this “narrative of decline” and how it is used to marginalise older people, excluding them the labour market, public spaces and social media. Women are also under particular pressure “to hang on to youthfulness to maintain a sense of social inclusiveness”.

Information about the menopause can focus very much on health risks and unpleasant symptoms. A few years ago I picked up a basic guide in the supermarket with a cheerful-looking middle-aged woman on the front cover. It was a dispiriting read. Although I’m sure there were some positive messages, my overall impression was that the menopause was one long list of problems. It left me feeling I’d rather not think about it.

Denial is one approach to dealing with the menopause but not very effective when you do experience symptoms.

Running in the perimenopause

As I wrote in Faster At Fifty?, running has made me feel stronger and fitter than I did in my forties. I hope that by running, doing yoga and other strength work, and trying to eat healthily, I am staving off some of the increased risks of cardiovascular disease and osteoporosis associated with the menopause. Recently I’ve increased the strength work that I do. I know that the menopause and ageing both contribute to a loss of muscle mass, and I want to become stronger so that I am giving myself the best chance of keeping fit into old age. My aim is to have better core and upper body strength than I’ve had before.

I’m 53 now and I’ve been surprised by how few menopausal symptoms I’ve experienced so far. I attribute this to the beneficial effects of running, both on my physical and mental wellbeing. I do not seem to be going through as much as my mother did at this age. That’s not to say that I have no symptoms. For example, my sleep is disrupted, partly because I often get hot at night (although not to the extent of having night sweats). I suspect that, like many women who are not having an awful time, I tend to discount symptoms that wax and wane as my hormone levels fluctuate. But symptoms we might choose to ignore as “minor”, such as vaginal dryness or cystitis, can have a significant effect on our everyday life and on our participation in exercise. Is there an element of denial in my attitude to the menopause?

Taking up running has given me the opportunity to reinvent myself, to create a new identity as a runner. It’s become one of the first things I tell people about myself. The sense of agency that comes with running feels incredibly liberating: knowing that my body is powerful and can take me to places. Having the experience of doing things that I never thought I would do: running long distances, competing in races, running on the track. And starting something new exactly at the age when society starts to ignore me as a woman in her fifties.

“If a woman never lets herself go, how will she ever know how far she might have got? If she never takes off her high-heeled shoes, how will she ever know how far she could walk or how fast she could run? The middle-aged women who begin to train for marathons will never run as far or as fast as they might have in their teens and twenties, but the women who study to develop their souls can find their full spiritual and intellectual range on the other side of fifty.”

There is promise in the menopause as we move into a new phase in our lives. Have you taken off your high-heeled shoes and start to walk far or run fast? 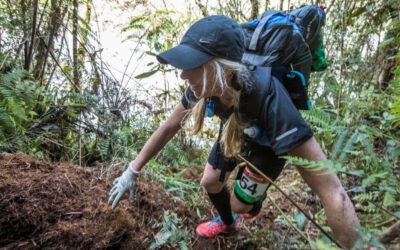