I’ve now reached the milestone of 10 races completed for my half marathon challenge. Some of them have been good, some have been OK and one was bad. 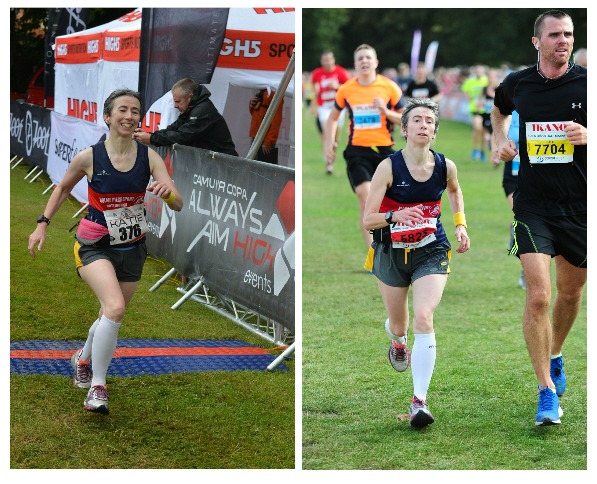 One thing I’ve realised in the past 10 months is that however competitive I am getting a personal best time does not guarantee I will enjoy a race or that it will be my favourite.

The first race in my challenge, the Robin Hood Half Marathon in Nottingham on 28th September 2014, was also the one I enjoyed the least. In fact it’s the race I’ve enjoyed the least of all the races I’ve done since I started running four years ago.

I had trained for 12 weeks for the Robin Hood Half. Standing in the sunshine at the start line I felt confident that I would knock minutes rather than seconds off my previous personal best time. Around mile 6 when we came to an uphill section in the grounds of the university I realised that this was not to be: I was not going to run the race I had imagined. I had run the first five miles a pace I could not sustain and I was finding it hard to run in the heat.

After this my motivation dropped and I walked at one point. I even briefly considered walking the rest of the race until I realised how long it would take me to finish. Giving up wasn’t an option for me so I readjusted my target and slowed my pace. By forcing myself to push on and run faster in the last mile I managed to get a personal best time by 29 seconds. It was an achievement but my disappointment at my performance meant that it took me a while to feel any sense of achievement.

I ran the most recent race in my challenge, the inaugural Rugby Half Marathon on 12th July 2015, in very different circumstances. I had originally planned to run it fast in the hope of setting a new PB (this might have been challenging given the 499 feet of ascent), but the Monday before I acquired an injury. I rested for 4 days with no running. When I went out for a 2 mile run the evening before the injury did not feel any worse but nor did it feel any better. I was in two minds whether to run. In the end after talking it through with my sister the night before I decided to go for it and run it slowly.

On the day I was very disciplined and ran at a fairly consistent slow pace, resisting the temptation to run faster down the hills as my calf hurt more on the downhill. During the ninth mile I met a friend from my running club who was really struggling and wanted to give up. She was experiencing some of the same feelings as I had back in September. The contrast between our feelings was striking.  I had a lot of energy because I was running well within my limits whereas my friend was feeling exhausted.  I was happy just to be able to run at all whereas as she was losing confidence and very disappointed that she had not run as well as she had expected.

That day I ran my slowest half marathon in 2:24:09 and walked more than I have ever done before in a race, but I crossed the line with a big smile on my face! Finishing the tenth race in my challenge felt great and I had enjoyed myself despite running the last couple of miles in heavy rain.

So much of running is in our heads. It is the expectations we have of ourselves that play a large part in how much we enjoy a race. And the real test for the competitive runner is how he/she deals with the gap between expectations and reality when things go wrong.

How have you coped with disappointment and what makes a race enjoyable for you?

half marathon challenge | Robin Hood Half Marathon
← Previous: Rise of the running woman Next: Unbelievable....the last half marathon..... →