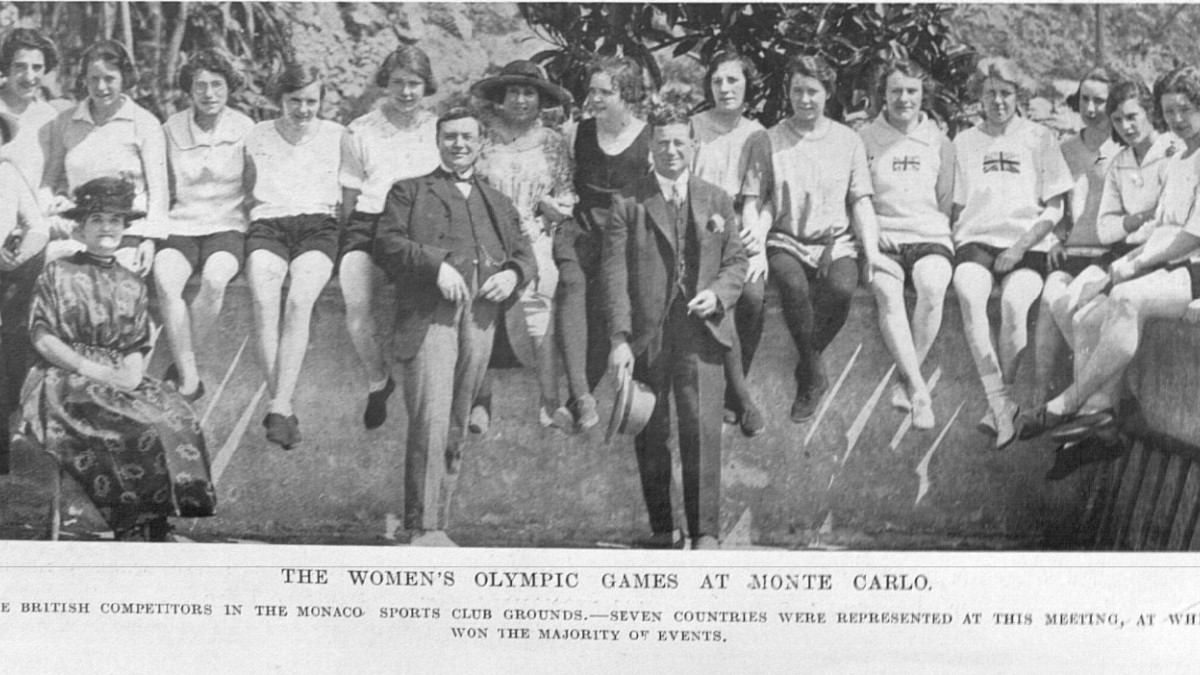 2022 marks the Centenary of the Women’s Amateur Athletic Assocation (WAAA). The WAAA was formed in 1922 to meet a growing demand for organised competition for women in England. The 1920s were an exciting time for women’s athletics as international competition began and the WAAA was established, leading to more clubs accepting women and more athletics events being staged. English women competed internationally from the start and could also take part in national track and field championships and, from 1927, a cross country championship.

The main sources for this timeline of key events in the WAAA’s history are The Official History of the WAAA, 1922-2012, written by the late Mel Watman, Dr Gregory Moon’s PhD thesis (see Notes below) and contemporary accounts from newspapers in the online British Newspaper Archive.

In the early years of women’s athletic competition, the international team was referred to as British but was in fact made up entirely of English athletes, mainly from London and the surrounding counties.

Alice Milliat of France was involved in organising an “Olympiade” of women’s sport held from 24th to 31st March at Monte Carlo. There was competition in basketball and athletics. This was the first international athletics competition for women. An English team attended, made up of 18 women from Regent Street and Woolwich Polytechnics in London. France, Switzerland, Italy and Norway also sent teams. England won both the athletics and basketball competitions. On the journey home, several of the English athletes decided to form a women’s athletics club. This became London Olympiades Athletic Club, the first women-only club in the UK and one of the leading women’s athletics clubs for several decades.

On 31st October, at a meeting organised by Alice Milliat, the Fédération Sportive Féminine Internationale was founded as the international governing body for women’s athletics. On the previous day, there had been a football match and an athletics match between England and France at the Stade Pershing in Paris. England had won the athletics competition. (The football match was a 0-0 draw.)

The second Monte Carlo Games took place from 16th to 23rd April with nine nations participating including an English team of thirteen athletes. There was competition in athletics and swimming, diving and water polo. England won the athletics competition and came fourth in the swimming competition which was won by Sweden. The British press widely reported these games as being the “Women’s Olympic Games”.

On 20th August, the inaugural Women’s World Games, an athletics event, took place at the Stade Pershing in Paris. They were initially called the Women’s Olympic Games until the International Olympic Committee and International Amateur Athletic Federation objected. England, USA, France, Switzerland and Czechoslovakia sent teams. Over 20,000 spectators attended the one-day event, proving there was an audience for women’s athletics. The Games were widely reported in the British press. 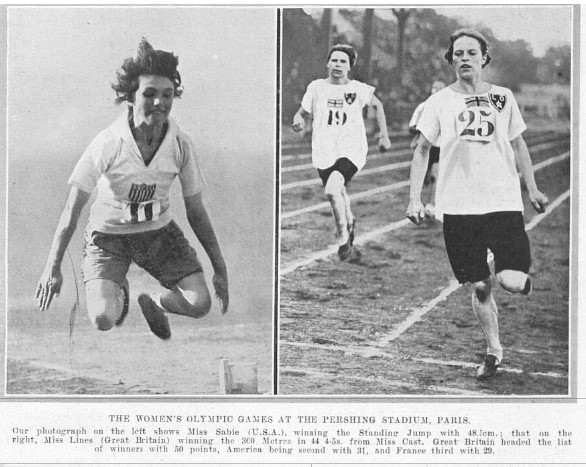 From the Illustrated Sporting and Dramatic News, 26th August 1922

Participation in international events led to more events being organised in England. For example, on 22nd September, the first women’s inter-club match in Britain was held at Plough Lane, Waddon, between Croydon Sports Club, Eastern Ladies AC, Kensington Ladies AC, and the women’s section of Herne Hill Harriers. The meeting also incorporated the first English Women’s Championships in the 120 yards hurdles and the 220 yards sprint.

In October the Women’s Amateur Athletic Association was formed. Its aims were:

On the 14th October, the General Committee meeting of the men’s AAA refused an application from the WAAA to affiliate  to the AAA. Atlhough the reasons for this rejection are unclear, it appears that the AAA decided it did not want to be involved in the organisation and governance of women’s athletics, thereby firmly establishing separate governing bodies.

Following the establishment of the WAAA, some new women’s clubs were formed and many men’s clubs started to admit women and created ladies’ sections.

The third and final Monte Carlo Games took place from 4th to 7th April.  There was competition in athletics and basketball. England (Great Britain) was first overall but was beaten in basketball by France.

On 13th August, athletes from London Olympiades AC competed in a triangular match in Brussels against the top French and Belgian clubs and took the victory. They also won a match in Antwerp.

The first WAAA Championships were held on 18th August at the Oxo Sports Ground at Bromley in Kent. The ten events in the programme were:

Mary Lines won four individual titles: the 100 yards, 440 yards, 120 yards hurdles and the long jump. She also ran a leg in the 660 yards relay helping to secure the win for London Olympiades AC. The club received a challenge shield for the relay which was sponsored by the Daily Mirror newspaper.

The Daily News, a London paper, reported that on 23rd September an English team had beaten the French at a match at the Pershing Stadium in Paris. 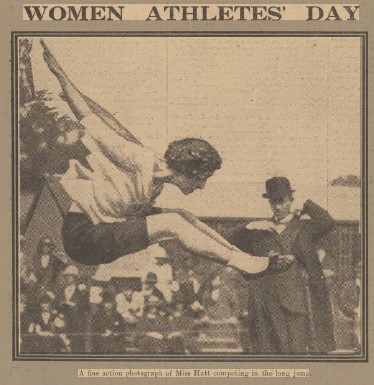 An International Women’s Games event was staged on the August Bank Holiday Monday, 4th August, at Stamford Bridge in London with the support of the News of the World newspaper. Teams from Switzerland, Belgium,  France, Italy and Czechoslovakia attended. The event attracted a large crowd of at least 20,000 spectators. Newspaper reports varied with one paper claiming the crowd was 36,000. The following day the Daily Mirror featured a full page of photographs on its front page with the heading “Seven World Records for Women’s Sport!”.

The second WAAA Championships were held on 28th June at the RMA Garrison Ground at Woolwich Common, London. Discus was added to the events.

A second International Women’s Games event was staged at Stamford Bridge, London, against Canada and Czechoslovakia. British athletes won eight of the ten events on the programme.

The WAAA Championships were held on 11th July at Stamford Bridge.

The second Women’s World Games took place from 27th to 29th August in Goeteborg, Sweden with teams from France, Belgium, Great Britain, Sweden, Czechoslovakia, Japan, Poland and Latvia. Great Britain was the overall winner. There is a seven and half minute silent film of the event on Pathé News entitled “English girls triumph in second international contest”.

The WAAA Championships were held on 19th June at Stamford Bridge. 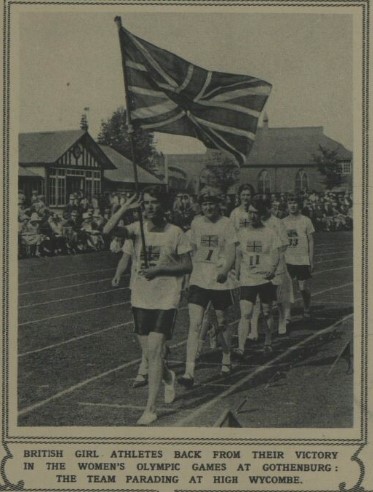 Some of the British team parading at a sports ground in High Wycombe after their return from the 1926 Women’s World Games, Illustrated London News, 11th September 1926

On 12th February, the first WAAA National Cross Country Championship was held at Luton Hoo, Bedfordshire. 78 of the 81 starters finished what was described as a frozen, rough, two and a half mile course. Despite the fact that only three women dropped out, some newspapers, such as the Westminster Gazette, chose to focus on the “great distress” of the competitors, concluding that this type of event was unsuitable for women. Mary Williams of Littlehampton AC won in 15:25 followed very closely by club mate Lillian Styles and Miss G. Lane of Middlesex Ladies.

The WAAA Championships were held on 9th July in Reading. Events were the same as in 1926 with the only change being the hurdles which were raced over both 75 metres and 100 yards.

On 18th February, the second WAAA National Cross Country Championship took place at Chigwell Row, Essex with eleven clubs competing over a three mile course. The ground was described by the Daily Mirror as “sticky turf”. There were 95 runners with only one dropping out and Lillian Styles won with a convincing lead of nearly a minute.

The WAAA Championships were held on 14th July in Stamford Bridge. Events were the same as in 1927 except that the hurdles were raced over 100 yards only, the track walk was extended to a mile, and the javelin changed from two-handed throw with an 800g javelin to single-handed and 600g. Some international athletes on their way to the Olympics participated, including Japan’s Kinue Hitomi who took part in six events and won the 220 yards and the javelin. There is a brief silent Pathé News film, showing some of the competitors including Kinue Hitomi.

The Amsterdam Olympic Games (28th July to 12th August) were the first to include athletics events for women, but just five events were offered: 100 metres, 800 metres, 4 x 100 metres relay, high jump and discus. The WAAA refused to send a British team in protest at the very limited programme of events.  Twenty-one nations were represented with the United States, Germany, Sweden, Canada, Japan, Poland  and Holland winning medals. (See Olympics Timeline for a list of track events for women at all Olympics.)

On 16th February, the third WAAA National Cross Country Championship was held at Perivale near London over a two and three quarter mile course. The ground was frozen hard and rutty. The Leicester Evening Mail reported that “many of the competitors used charabancs and saloon cars as dressing rooms, others employing a barn and a stable over the floors of which straw had been strewn“. There were 103 competitors and teams were not just from London and the South East. There were runners from Sheffield, Wolverhampton and Bristol. Once again Lillian Styles of Littlehampton AC was victorious. (Styles won again in 1933, 1934 and 1937). 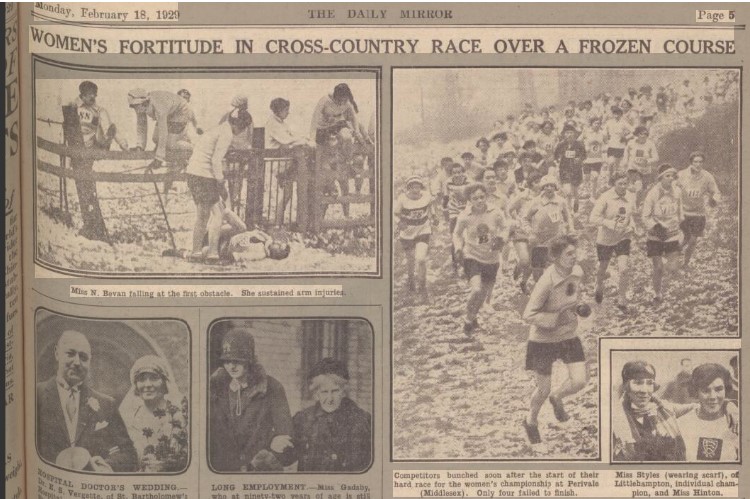 The WAAA Championships were held on 13th July in Stamford Bridge. Marion King set a 440 yards world record of 59.2, becoming the first woman to run the distance under one minute.

A New Dawn Rising: An empirical and social study concerning the emergence and development of English women’s athletics until 1980, Gregory Paul Moon – Submitted in part fulfilment for the degree of Doctor of Philosophy at Roehampton Institute London for the University of Surrey August 1997.

Details of WAAA Championships from the National Union of Track Statisticians website. Accessed 31st May 2022.

There were separate WAAAs in Scotland (established in 1930), Wales (1951) and Northern Ireland (1951). Although Wales had a separate governing body, it was agreed that it would fall into the jurisdiction of the WAAA. The Scottish and Northern Irish WAAAs remained independent.

All other photos are from the British Newspaper Archives.