Will running overtake swimming as England’s most popular sport?

In November 2013 England Athletics published “A Nation that Runs”, its plan for making recreational athletics the single most popular individual sport by 2017 with 2.4 million participants.  It focuses on running as the key area for growth describing it as “a brilliant entry sport for [the] inactive”.  The plan identifies women as one of four target groups for increasing participation.

I’ve created this infographic to show some of the findings from the Active People Survey data about participation.  There’s a mass of useful data there and I shall be using it again in future posts focusing on women’s participation in running.  I’ll also be looking at the data available from Scotland, Wales and Northern Ireland. 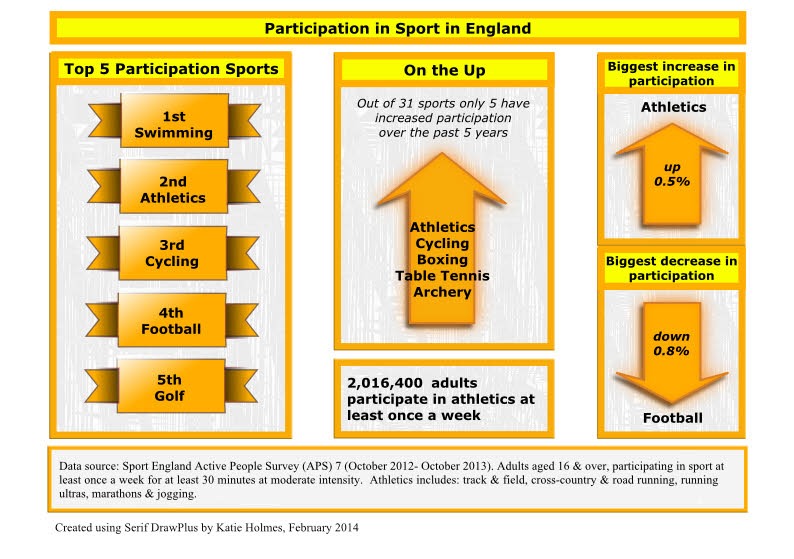