6.8 million women in England take part in sport regularly.  How many of them are runners?

I’ve been using data from the Sport England Active People Survey (APS 7) and Office for National Statistics population data.  I plan to find out what data there are for sports participation in Scotland, Wales and Northern Ireland too.

In a future post I will look at the factors that might be behind the apparent drop-off in running after 45. 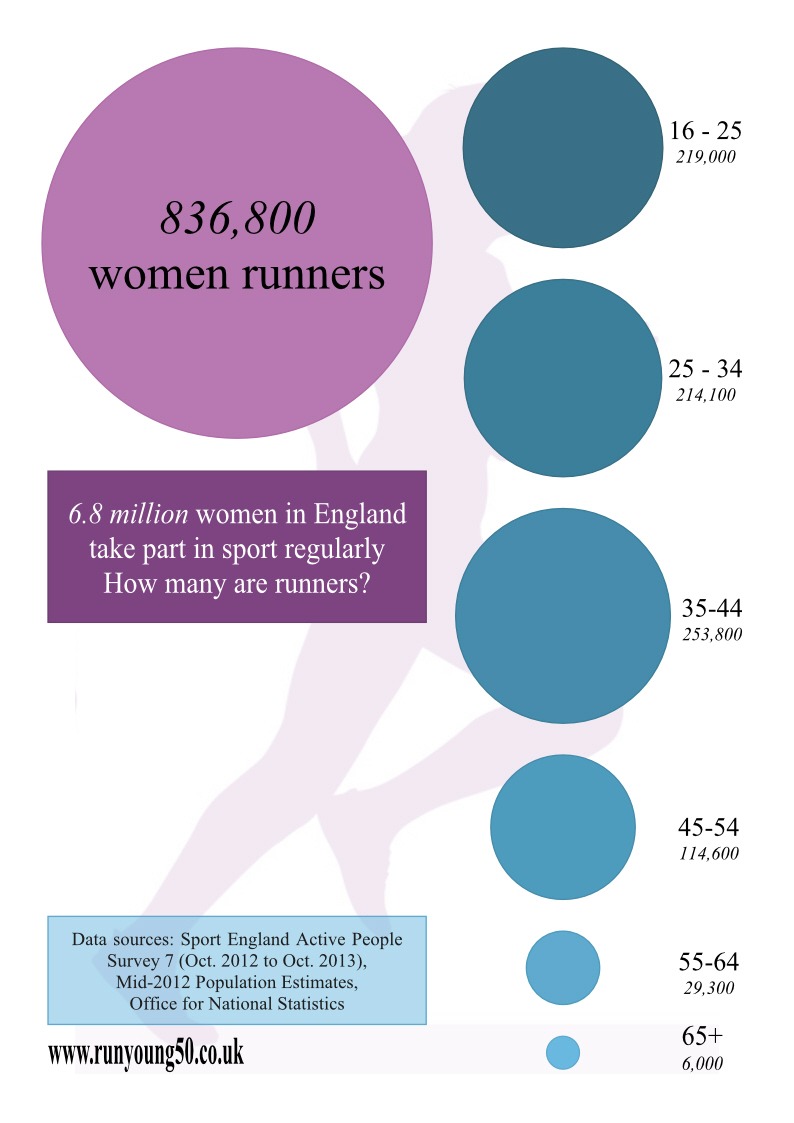