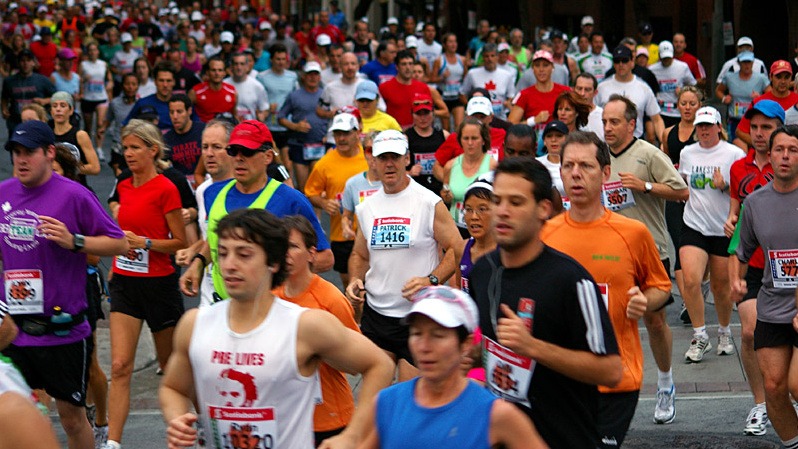 Google “marathon mistakes” and you’ll find lots of articles giving advice about how to avoid things going wrong in a marathon. You shouldn’t overtrain or undertrain, don’t forget to taper, get to the race in plenty of time, don’t get cold at the start, don’t go off too fast etc.

But what if it’s the race organisers who make the mistake?

In 2016, the organisers of the Greater Manchester Marathon had to inform 24,000 runners who’d completed the marathon in the previous three years that the course had been too short by 380 metres1. Thousands learned that they not actually run the full marathon distance of 26 miles and 385 yards. And if they thought they had run a personal best, it no longer counted. Their times were invalidated. Competitors’ disappointment at this news may have been softened by the fact that it was not announced until nearly a year after the 2015 race, by which time many of them may have run other marathons.

The Manchester Marathon course error was unusual in that it did not occur on the day. It was made by the official course measurer from the Association of UK Course Measurers when the course was measured in 2013. This measurement was used for certification of the 2014 and 2015 races but after the 2015 race some runners questioned the distance. This led to the course being re-checked in 2016 and found to be short. The error may have been down to the incorrect calibration of the wheel on the official course measurer’s bicycle.

In 2019, the Belfast City Marathon had a new route and when the lead car diverted from the course it resulted in 18,000 competitors covering an extra 460 metres2. In his apology the chairman of the organising committee sought to reassure runners ‘I can assure all participants that protocols will be put in place to ensure this never happens again. In the meantime, we are the process of adjusting runners’ times to reflect the correct distance.’

Earlier this year, the Brighton Marathon organisers admitted soon after the race finished that the course had been 568 metres too long3. Many runners had questioned the distance when they finished, as during the race they had begun to notice that the mile markers were no longer matching the distance shown by their GPS watches. A cone that runners had to turn around at the ten mile point had been placed incorrectly.

But this surely sort of thing would never happen in an elite event, would it?

The 5th International Association of Athletics Federations (IAAF) World Championships in Athletics were held from 5th to 13th August 1995 at the Ullevi Stadium in Göteborg, Sweden. 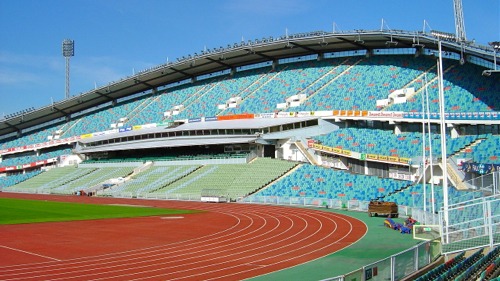 The women’s marathon was the opening event of the Championships and the highlight of the first day. 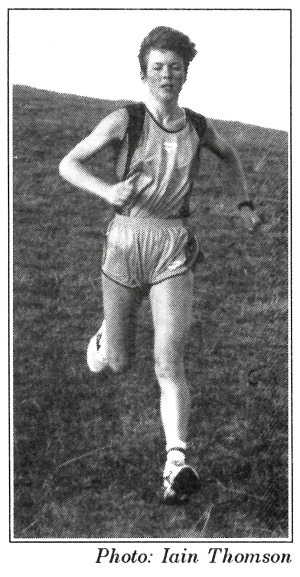 They had been selected to represent Great Britain at the IAAF World Cup Marathon in Athens on 9th April. They had both run personal bests with Rose finishing in 2:42:42 and Thomson two seconds behind her. Following the World Cup event, the IAAF ruled that runners who had finished in the top 25 were eligible to complete IAAF World Championships Marathon, even without the qualifying time5 .

Thomson was in peak form. She had cut nearly 10 minutes off her marathon time in 19946 and, whilst not a medal contender, there was every chance that she would run another personal best in Sweden.

The race route started with laps of the track in the Ullevi Stadium before heading out onto the roads and returning to the stadium for the finish. The race was held mid-afternoon starting at 3.10pm with temperatures reported to be over 30 degrees Celsius. 12 out of the 44 starters dropped out before the finish.

The winner, Maria Manuela Machado of Portugal, the European champion, celebrated ecstatically as she crossed the line. She had been surprised at her time especially given the exceptionally hot conditions. As she finished, feeling that the distance might not be right, Machado asked whether she should run another lap. Some athletes, including Trudi Thomson, even attempted to run another lap.

Competition director, Carl-Gustav Tollemar, revealed late on the Saturday evening, that after studying video evidence, the organisers had realised the competitors had run three laps of the track instead of four at the start of the marathon7. This made the course 400 metres (about 437 yards) too short. Taking personal responsibility for the error, Tollemar said that all the work that had gone into the race preparations ‘was all ruined because of a technical error’. He explained that only the race director knew that the athletes had to complete four laps and he had been waiting outside the stadium in the official car that was going to accompany the athletes on the road section of the course.

‘I apologise to the athletes as they did not have the competition as they believed. It is a mistake we deeply regret.’

The impact of the error

Several women had run times that would have been personal bests, including all three medal winners, Manuela Machado (Portugal), Anuta Catuna (Romania) and Ornella Ferrara (Italy). Machado’s time, 2:25:39, would have been the second fastest time run that year. Catuna, who had won the IAAF World Cup Marathon earlier that year, thought she had set a Romanian national record. Eleven runners had finished within the qualifying time for the 1996 Atlanta Olympics Games marathon (2 hours 35) but none of their times would be valid.

Manuela Machado was reported to be disgusted.

The race was reported round the world with many newspapers critical of the mistake. The Guardian described it as “an almighty botch-up”. The Boston Globe commented that there was no excuse8.

‘The snafu means there will be asterisks denoting a short course in all records books and cast a pall on the many athletes who set personal or national records in the race.’

Trudi Thomson who finished in 22nd place appeared to have improved her personal best time by over a minute. The British team spokesman, Tony Ward, was philosophical about the error9. Speaking of Trudi Thomson, he said:

‘It’s a shame because she thought she had reached her target of a personal best at the championships. But it’s just one of those things that happens and fortunately the results are not affected.’

The Glasgow newspaper The Herald was less sanguine10. Fulminating, the journalist describes it as ‘one of the most outrageous blunders in athletics history’ and says that Thomson has been ‘robbed of her finest hour’.

Thomson herself was less upset, viewing her selection and her performance as achievements. In the article in The Herald, she is quoted as saying: ‘I’m disappointed at losing my personal best, but I’m still pleased with my performance‘. Thomson did not have too long to wait before she set what was to be her all-time personal best. On 30th October that year she won the Dublin Marathon in a time of 2:38:23.

The World Athletics website lists the results for the race but if you look at the profile of individual athletes, the race does not appear in their Honours listings (for medal wins and top ten placings in Championships and major marathons). Machado’s silver medal wins in the 1993 and 1997 World Championships marathons are listed but she is not credited as gold medal winner in 1995.

It’s hard not to feel aggrieved for Machado who lost this honour through no fault of her own.

Have you ever been in a race that turned out to be too short or too long? How did it affect you?

2. The Guardian, 5th May 2019, https://www.theguardian.com/uk-news/2019/may/05/belfast-city-marathon-course-too-long-organisers-admit

4. A third Scot, Karen Macleod, had been selected but was unable to attend the Championships due to a foot injury

6. In 1994, Thomson had won the Lochaber Marathon and several Scottish half marathons. Her marathon time at the start of 1994 had been 2:53:09. She had run three personal bests, running her fastest time at the Dublin Marathon in October, 2:43:18. Thomson had also won the Two Bridges Ultra Marathon (36miles). Her peak performance that year was her second place at the IAU 100km World Championships at Lake Saroma, Japan. Her time of 7:42:17 is still sixth on the UK all-time list.

10. “Blunder robs Scot of her finest hour”, The Herald, 7th August 1995 , quite probably by Doug Gillon the Sports Editor at the paper

Ullevi Stadium, September 2005, by Mangan02. This file is licensed under the Creative Commons Attribution-Share Alike 3.0 Unported

END_OF_DOCUMENT_TOKEN_TO_BE_REPLACED 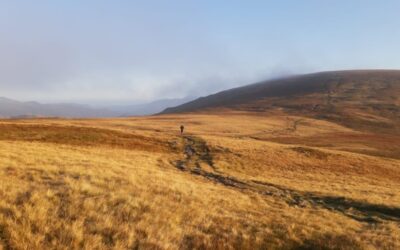 The subtitle of Ally Beaven’s book, “Broken”, is “2020: the year running records were rewritten”. 2020, our first year of living with Covid-19, was a year when plans were thrown in the bin and runners looked for new ways of motivating themselves to...

END_OF_DOCUMENT_TOKEN_TO_BE_REPLACED 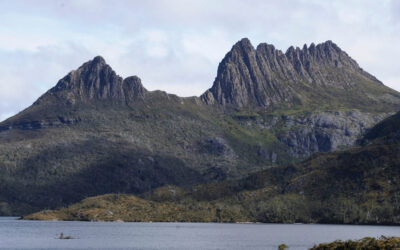