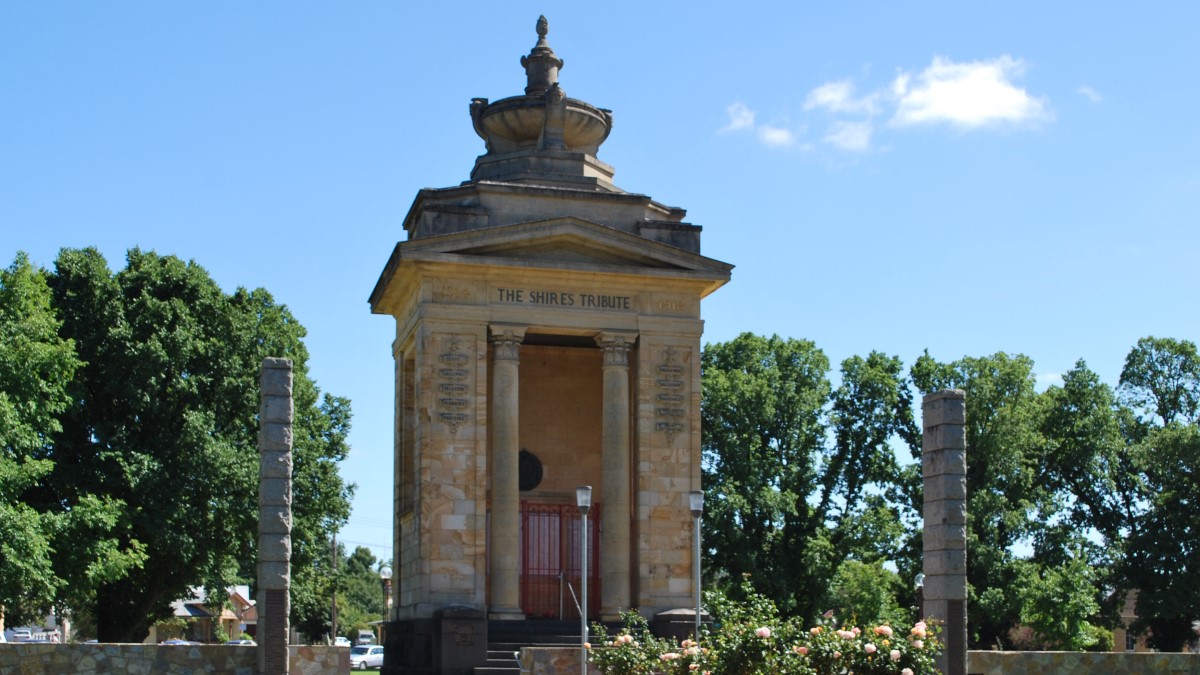 In 2001, British ultrarunner Eleanor Robinson was inducted into the International Association of Ultrarunners Hall of Fame. She was asked to choose the top ten performances of her career. The Colac 6 Day Race was number five on her list.

Here is an edited version of Eleanor’s account of the Colac 6 Day Race which was published in the IAU Newsletter March 2001.

“Looking back through my diary for 1984 it is difficult to believe all the events that I managed to get in that year. I started in February with the 24-hour race at Milton Keynes where I set an indoor record. In March it was the 48-hour race at Montauban, France, with another record. April saw the three day Danube Run and July the New York 6 Day Race with more records. Three weeks later I ran a 24 hour race (in Hull) and three more weeks later the Nottingham 6 Day Race.

“I had also run six marathons, winning three of them. In October I went to Chicago for my first 100km and fully intended that race to be the final ultra of the year. But soon after my return from Chicago, I received an invitation to compete in Australia at the Colac Six Day Race, starting on 26th November. My hard-fought-for world record set in the New York 6 Day Race had been broken by Frenchwoman Edith Couhe at the La Rochelle 6 Day Race in October and this was my chance to retrieve it.

“This was my first visit to Australia and the start of many very enjoyable competitions. I came to look on Colac as my second home and Australia was a country I was to race in at least twice and sometimes three times a year over the following few years. Whilst I think of all the Colac races with affection, it is the first one that sticks in my mind as it was then that not only did I get back the world six day record but in doing so became the first woman to break 500 miles (and 800 km) in a six day race.

“Halfway through the race I knew that if I could clock 80 miles a day for each of the next three days I would pass 500 miles. This was to surpass my wildest dreams and would represent a major breakthrough for women.

“Though 1984 was not my best ever six day result it was a performance that I never expected and would lead me on to some stunning events in Australia. Despite the heat in Australia to which I always had a bad reaction, somehow I was able to get the best out of myself. I was never beaten in an ultra race in Australia.“

Notes:
The Colac 6 Day Race took place in the City of Colac in Victoria state from 26th November to 2nd December. It was Australia’s first international 6-day race. It took place each year from 1984 to 2005, with the exception on 1985. The course was a 400 metre track around the Memorial Square.

The race was renamed the Cliff Young Australian 6-Day Race in 2004 in honour of the pioneering Australian ultrarunner who had died the previous year.

Eleanor Robinson (then Eleanor Adams) competed in the race five times from 1984 to 1989 and was the only athlete to win the race five consecutive times. (The race was not held in 1985).

Of the 16 women who competed in the 20 events held, only two exceeded 800km: Eleanor Adams four times and Sandra Barwick (New Zealand) once. Barwick finished narrowly behind Adams in 1989 with 860.8 km and went on to set the current world record of 883.631km at Campbelltown, New Zealand, in 1990.

Yiannis Kouros and Eleanor Adams had started ultrarunning at around the same time (1981/82) and each had already made their mark with top class international performances and multiple world bests. They had both competed in the inaugural Spartathlon in 1983 finishing first man and first (and only) woman. In 1984, they had raced in the 3-day stage race in Austria and been invited by race director Fred Lebow to the New York 6 Day race. Kouros and Adams did not disappoint. They both set world best distances at the race. There’s a short clip on Youtube of Kouros and Adams sitting next to each other, being announced as winners and having crowns of olive leaves placed on their heads by Fred Lebow.

Women Shine and Endure at Colac, Tony Rafferty, 1999. This article was available on the coolrunning.com.au website which is no longer online. An archived version of the page can be accessed here.

Phil Essam’s website Australian Ultramarathon History has information about the Colac races from 1989 onwards, including race results and newspaper clippings. A report on the 1989 race includes a mention of the records which Eleanor Adams had set that year. 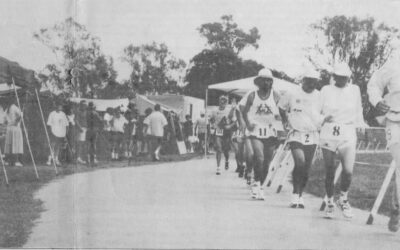